Legend tells us that around the year 2205 BC, a man named Yu of Hsia, watched a noble Tortoise emerge from the legendary Yellow River, carrying on its huge back, nine numbers that were arranged in a grid pattern. This pattern became to be known as the Lo-shu and is the predecessor of the Later Heaven pakua.

Nine hundred years earlier, the shaman king Fu Hsi, described the Earlier Heaven pakua, which appeared to him on the back of a horse that emerged from the same Yellow River. This pattern was called the Ho-tu and to understand its meaning, is to understand the structure of the Universe.

But, it is the Lo-shu that we see incorporated in the bagua, or pakua, the kua system, the Eight Aspirations and the Flying Star method. Where the Ho-tu pakua describes the order of things, the Lo-shu predicts the changes of Heaven and Earth, the cycles of the seasons, and the wind and the water.

What I’m going to talk about is the 9 Star Ki Astrology, which is a Japanese system of divination based on the Chinese Lo-shu (In China, its referred to as White & Purple Star Astrology). It is an astrological system that uses your birthdate to determine your personality, emotional character and outward behavior. This system does not determine your individual element or auspicious direction. If you want to know your element, then I will direct you towards Four Pillar of Destiny Astrology—a whole different ball game. Or, if you’re looking to find the ‘right’ direction to point your head while sleeping, I believe you’ll find that in the kua system. However, 9 Star Ki does have something called the Ki-energy of Direction of Movement, and that tells us, if you travel in a direction that is deemed unfavorable for your Principal number for that particular time period, it could prove unlucky. But, let’s worry about that at some other time. 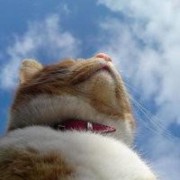